With video (!), so you can see for yourself: This bear was wasted! 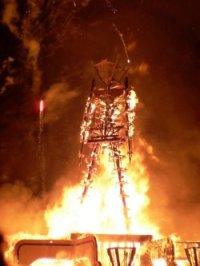 As happened last year, it has taken me an embarassingly long time to get my Burning Man pictures up. But here they are, at long last.

The word I’ve been using to describe my third Burn is “transcendent.” I am still feeling the playa’s effects; I am still discerning the meaning of all I encountered and experienced; I am still in a state of flux. It is mostly a happy, happy feeling.
I’ve returned to what Burners call “the default world” and it’s all feeling a little weird. Typical. Over at SFist is a report I filed from Black Rock City. I’ll have a picture gallery up here soon.

Just a few dozen yards away, the boy was squeaking and giggling and splashing up a storm. The best my camera phone could manage to record is the pathetic pixelated piclet you see here. Surprisingly, it does somehow manage to capture (for me, anyway) a bit of the human joy that was present in that moment.

(Note to self: take a real camera to the beach next time.) 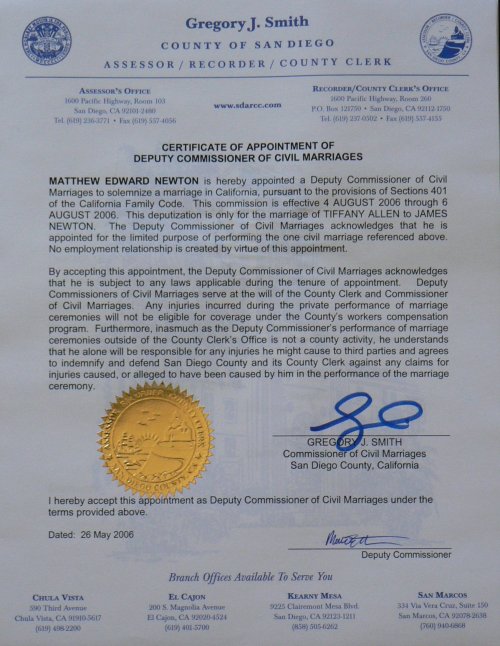 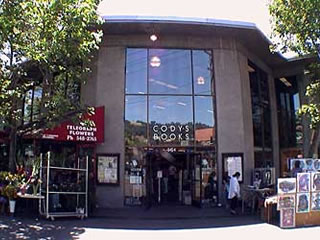 The Telegraph Avenue location of Cody’s Books closes today. It’s big news. People are sad. I was feeling the same way until I read these latest words from owner Andy Ross:

“Students today, they use the Internet. They read their textbooks,” Ross said. “In the ’70s, they had wide-ranging intellect.”

This is not the first time Ross has blamed his clientele (and elsewhere, the city of Berkeley) for the fact that he failed to adequately respond to changes in his own industry and in his business’s immediate environment. Your bookshop is not shutting down today because 21st-century students suck and don’t read books, Mr. Ross. Your bookshop is shutting down in part because your mindset shaped your business, and that mindset has become a lot more friendly to the yuppies who inhabit your store on Fourth Street than it has to the university students of … read full post »
…a man who never lived had a relatively ordinary day. Quite extraordinary! Happy Bloomsday, everyone!

I usually mark the day by wearing black (as Bloom did), having a cheese sandwich and perhaps some Burgundy for lunch (as Bloom did), and getting ripped on Guinnesses in the evening, but as I am currently on day 20 of a 28-day kidney and liver cleanse diet that prescribes no dairy and no alcohol (along with no meat, no bread, no eggs, none of your usual grains, no legumes, no pasta, no sugar, no salt, no processed foods, no foods cooked in oil, etc.), I’m having to settle for just wearing black. On a gorgeous, bright, warm sunny day. Sigh.

[Also of note: very exciting news in the Joyce world this week. More here and from The New Yorker (!) here…]
It’s been a while since this blog last completely stalled, but that’s what’s happened again of late. (There were zero posts in April.) What’s up? Truth be told, I am sick of mahnamahna.net’s look, which has largely remained the same since the site’s inception in 2002. I am also sick of comment spam, and defeating it means getting my hands dirty with some serious hacking on the comments system I’ve got in place around here. And lastly, I want to implement modern, whiz-bang templates on my photo galleries, and again, that’s going to be somewhat of an undertaking, as the scripts I use to drive those are not very amenable to different looks and feels. So the upshot is this: Posts are likely to remain infrequent until I get this place whipped into shape. And that could take some time.
I haven’t yet reached the point on my own life path where I can experience what I imagine is the unparalleled joy of parenthood. But I am very, very much enjoying being an honorary uncle (I really need a better word or phrase than that) to two recent arrivals on this planet. Here I am with young Ben, and even younger Harper. 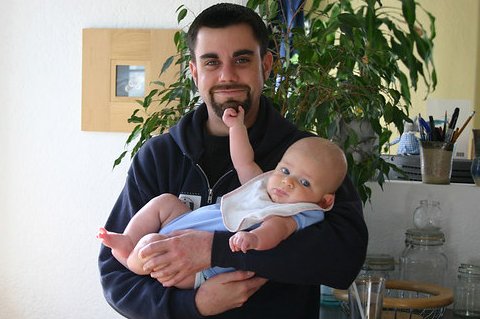 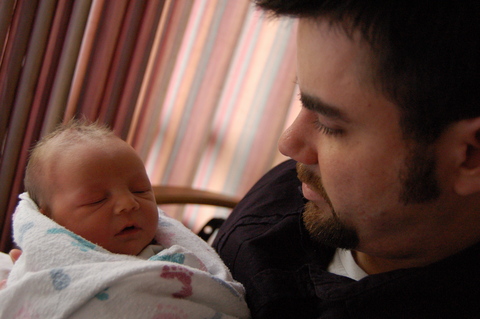 [Thanks to proud fathers Andy and Byrne for the great shots!]
This one reminds me a bit of those 90s-era feel-good Chevron commercials: Do people delay their plans to construct new power lines just so a mama bear and her cubs can sleep peacefully through the bitter Wisconsin winter? People do. 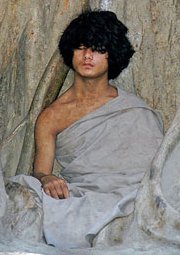 Ram Bahadur Bomjan, a young man of fifteen, has allegedly been “meditating at the base of a peepal tree in Nepal’s Bara District, without food, water, sleep or the need to use the toilet” — for nine months now. A peepal tree is kind of a big deal in Buddhism — the Bodhi Tree, under which the Buddha sat until he achieved enlightenment, was a peepal tree.

I’ve been following this story as best I can for a few months now (here’s an earlier story from which I cribbed the image of Ram), but still can’t make up my mind whether this is an elaborate hoax or something of a miracle. I do not buy into the speculation that Ram is the new Buddha — as I understand it, the next Buddha (the tenth Buddha, the Maitreya Buddha) will not arrive until the Shakyamuni Buddha (the ninth … read full post »
Six years ago today, Chronicle columnist Jon Carroll published what I still feel is the finest single newspaper column ever. I’ve kept a copy tacked to the wall of my cubicle at work ever since, and when I am feeling down, I often read it for a nice little shot of pronoia. I mean, my socks are dry. What more is there?
Here we have a story from Hartland, Maine. Seems a distraught man tried to do himself in … via self-crucifixion. He didn’t get too far:

“When he realized that he was unable to nail his other hand to the board, he called 911,” Boucher said.

The poor guy. He never read one of my all-time favorite poems, Love Song: I and Thou by Alan Dugan. I was going to quote from the oh-so-delicious ending here, but then realized that doing so would spoil the effect of the work for those who’ve never read it. So just go read it!