Ten years ago (!) yesterday, my day started off as usual: I rose from my twin-sized bed in a large house on MLK in Berkeley; I donned my bathrobe, walked downstairs, and grabbed my copy of the Chronicle, which I subscribed to back then, the Web having not really taken off yet as a primary means of gathering one’s news. It’s weird, now, thinking back to days when the dead-trees version of the paper was something I not only paid for but looked forward to each morning. How alien!

Anyway, in 1996 local legend Herb Caen was still alive, still writing the best three-dot column anywhere. His need for more “items” was insatiable, and one time, I happened upon something that seemed item-worthy, so I sent it in. And on that splendid Tuesday morning ten years ago, I damn near had a heart attack when I saw my name … read full post »
Molly Ivins’s latest piece—a barnstormer about why she won’t support Hillary in ’08—actually has me feeling better about our country than anything I’ve read in a good long while:

read full post »
I have now completed thirty-one journeys around the sun. Saturday night, I celebrated karaoke-style with a few friends: 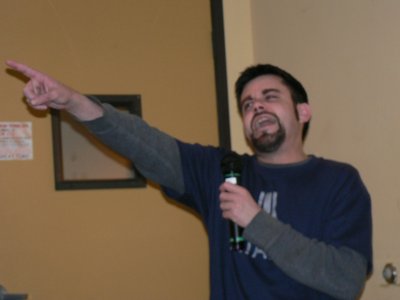 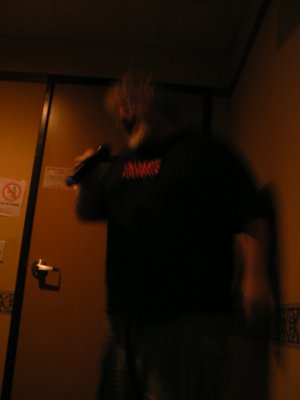 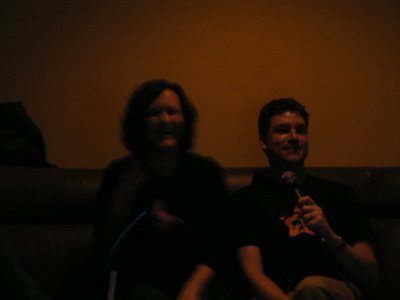 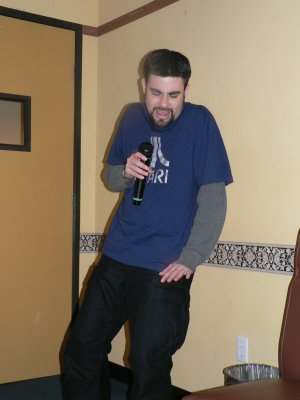 I took a bunch of pics with the flash off (deliberate) but they mostly came out frightfully blurry. Pics of me were taken with flash on and also tended to come out blurry. There was one other camera at the shindig—hey BR, if you have additional pics, please leave a link in the comments!
I guess I should have gone Christmas shopping in New York after all: Gothamist reports that the finest Jewish deli on the planet, the 2nd Avenue Deli, has closed and may not reopen, due to raised rent. My brother gave me the shop’s cookbook for Christmas, and I was disappointed to find that their method for making pastrami was not revealed, and now it seems I may never again enjoy their luscious sandwiches. A corned beef and pastrami combo (with just a bit of brown mustard) and a Heineken (the best beer they offered) — that was Lower East Side nirvana for me. I last enjoyed such a meal almost two years ago. Sniff.