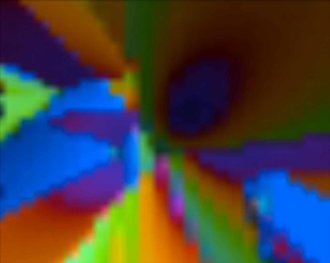 (01:01 10/10 UPDATE: Yes, some luscious stuff. A dreamier sound. Echoes. First impressions include: “Nude” is amazing; not sure I like what they did to … read full post »
It’s a fantastic sort of Friday: one where there’s a new Nine Inch Nails album to listen to all day long. Enjoy Year Zero, officially streaming on the World Wide Web in anticipation of its April 17 release.

(Yes, Virginia, it is possible to capture the files retrieved and played by that Flash app, and also possible to convert them to a useful format such as MP3…)
From my inbox:

Richie Unterberger will be presenting and discussing two hours of rare Beatles audio clips, as well as showing a few rare Beatles film clips and discussing and signing his book The Unreleased Beatles: Music and Film, on Wednesday, January 17, from 7:00-9:00pm at the Park Branch of the San Francisco Public Library at 1833 Page Street in San Francisco.

I received a copy of the book as an early birthday gift; it is magnificent. I also attended a similar presentation by Richie last month at the main library in Alameda; it was fantastic.
According to the St. Petersburg Times, the lyrics Jim Morrison wrote for The Doors’ first three albums were largely about his ex, one Mary Werbelow, who has never spoken to the press. Until now.

Morrison has always struck me as one of the twentieth century’s great poets in pain*. I’ve never listened to the three albums in question — I’ve just got the ubiquitous two-disc “Best of the Doors” compilation — but I’ve been on quite a classic rock kick lately, so perhaps it’s time to finally explore them.

[*A memory: An enchanting and sylphlike girl named Selby introduced me to the phrase “poet in pain” back in college. She described me with those words before adding heaps more pain to the load I already carried at the time. She then danced, awkwardly, out of my life forever. I very likely listened to some of The Doors’ darker stuff … read full post »
Unbelievably, the Wall Street Journal tackles this topic.

[spotted at The Morning News]
I scored 124.5 on the 80’s Lyrics Quiz. You see this sort of thing on the Web from time to time, but you never see one this well implemented, or this much fun. Who can beat me? No cheating!

Oh, the memories that can come flooding back just because of one line from one song!
Proper old-school “underground” net.radio is not dead. SomaFM proves it. We’re talking commercial-free, fantastic listening here. I frequently mainline their Groove Salad stream during work hours, and have just discovered Beat Blender for nighttime. If you’re feeling silly — or better yet, if you aren’t feeling silly, but you wouldn’t mind it — listen to the Secret Agent stream and pretend you’re stuck in an old B-movie. Oodles of fun.

The tunes are amazing, and the tech is righteous: No bitchy-hoggy Real or Windows Media players needed here. Just WinAmp or Foobar2000 or Audion or iTunes or XMMS to decode a simple mp3 stream. Click and listen. (And don’t overlook the handy Amazon-linked song histories available at the SomaFM site.)

[Through Groove Salad, the Supreme Beings of Leisure just sang “Nothin’ Like Tomorrow” to me. Word.]
There’s a new Beatles album coming out in November. I knew this was in the works, but I didn’t know the release date or the stupid name they’ve given it.

I already have un-Spectorized versions of the stuff on Let It Be, and it’s all definitely superior to what was originally released back in 1970, but there’s still no getting around the fact that the band was not making great music during these sessions. They filled their work environment with anger and acrimony until coming together one last time to craft Abbey Road, where the magic is palpable one last time.

[thanks to AK for the link]
Today, Beck played the Greek Theater on the campus of my alma mater. It was an absolutely glorious, crystalline summer day. Blue skies. Slight breeze coming in off the bay, making the eucalyptus trees that ring the theater dance.

We — me plus DS and ED — sat dead center, less than a dozen rows behind the soundboard, which makes for great fucking sound. As we left the show, DS asked Soundboard Guy for his copy of the setlist, which was gladly given. It reads:


“Devil’s” was, of course, “Devil’s Haircut,” and a fantastic way to go out … read full post »
Every now and again I find an old eighties album in the used bin that I’ve never gotten around to buying a copy of. And I snag it. The most recent is INXS’s Kick. Man, what an album. How many of y’all remember “Mediate,” the trippy coda for “Need You Tonight”? It consists mostly of nonsense along with a few great bits of advice, all in phrases ending in -ate — not unlike when Joyce fills a page with -ation words in Finnegans Wake. The “Need You Tonight” video included “Mediate,” which got a treatment that ripped off Bob Dylan’s promo for “Subterranean Homesick Blues”: As each line was sung, a card with the lyric was held up and then tossed to the ground.

I thought it was pretty common knowledge that INXS lead singer Michael Hutchence died of autoerotic asphyxiation, but Google’s results seem to indicate … read full post »
Two fantastic albums I’ve been enjoying lately:
I saw They Might Be Giants at the Great American Music Hall tonight. Predictably, they rocked the house. Just blew the roof right off the dump. It was a relatively typical TMBG show: Flansburgh never seems to age; Linnell always looks a bit different (he changes his hair or something) and a bit haggard. They are still touring with the Band of Dans, and guitarist Dan Miller never fails to amaze me. Glad to see that Flansburgh still delights in leading the crowd in a chant of “Dan Miller! Fuck yeah! Dan Miller! Fuck yeah!”

Turns out it’s a fun disc, with a neat cover of a song I had not heard in years: “96 Tears,” originally a hit for Question Mark and the Mysterians in 1966. During my childhood, whenever that version of the song came on the car radio, my dad would emit an excited “Ooh!” or “Yes!” and crank the volume up. Great song. Sometimes the painfully simple lyrics work best:

Too many teardrops
For one heart
To be crying

Too many teardrops
For one heart
To carry on